Jacki and I did some thirty seven interviews for this project.  One of the people we interviewed at length was Johnny himself. In this piece we are discussing and some of the details of our work.

At the end of our discussion, we talk about the more bizarre discoveries we made about JOHNNY’S ZOO including its resemblance to Buchenwald one of the concentration camps where Johnny spent a great deal of time.

The Second Discussion is a rather hilarious account of a hitch hiker’s encounter with Johnny.  Her name was Rosalind. 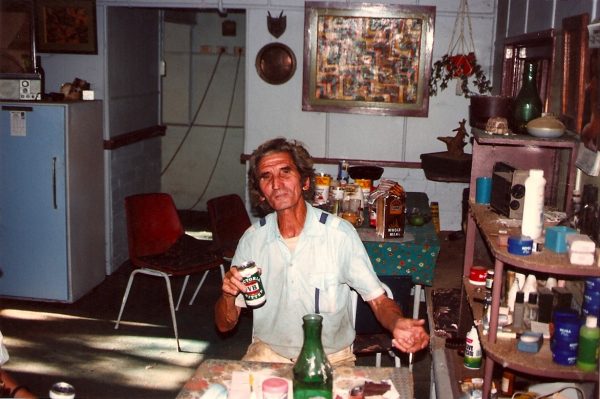 Buffalo Johnny in his home at the time of our interviews.  Note the painting in the background. 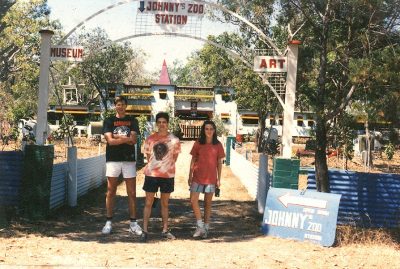 Adrian Bannister, the author’s son, Steven Levine and Taber Sanderson standing in front of one of the entrances to Johnny’s Zoo. 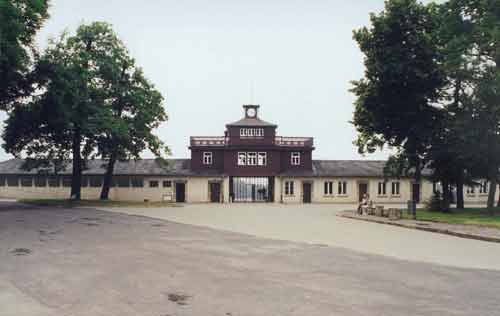 Buchenwald one of the concentration camps where Johnny lived for two and a half years.